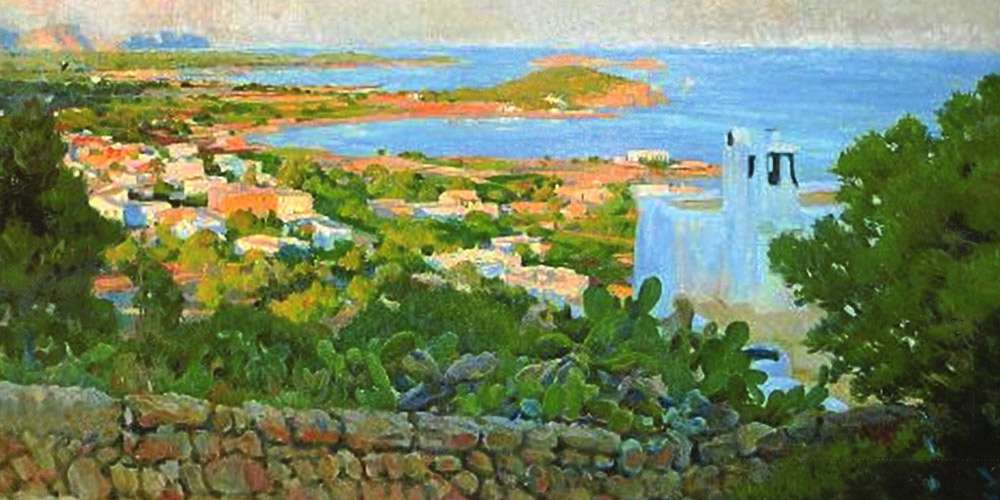 It is known amongst those in the art world that Ibiza holds light and colours in such a way that has drawn creative souls wishing to capture it to the island over the years. These include names such as impressionist Rigoberto Soler who, unbelieving that local artist Narcis Buget had not vamped up the colours of the red soil in his depictions, came to experience the scenery for himself. He was amazed to find that Buget had indeed painted an accurate portrayal of his surroundings and the word began to spread amongst the artistic community. Aside from the landscape there is no doubt that this movement in the 20’s and 30’s was encouraged by the fact that many were seeking refuge from Hitler and Stalin’s control, and the little, unknown island of Ibiza was a perfect refuge for runaway painters. 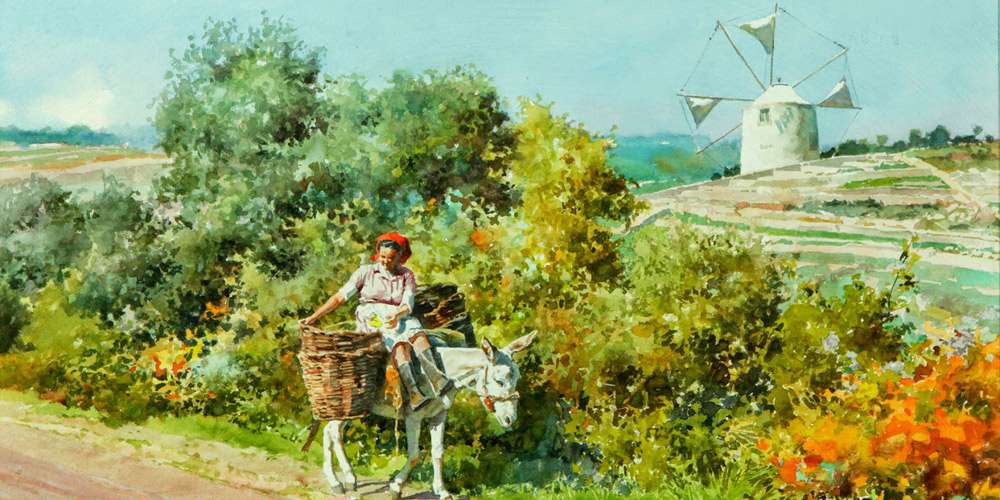 One particular artist of interest who took up residency on the island in the 60’s was the infamous Elmyr de Hory. Born in Hungary to Jewish parents, de Hory studied art in Munich and quickly became frustrated when his own pieces proved unappealing to his contemporaries and did not afford him the lucrative lifestyle he appeared to crave. After moving to Paris with honest intentions to sell his own work, his financial situation became bleak and his popularity failed to increase. The real story begins when, in 1946, he sells a replica drawing to an aristocratic lady who mistook it for an original Picasso and bought it as such. After this, the door of art forgery and all it could offer a struggling artist were very much opened to de Hory and he teamed up with fellow conman Legros who agreed to sell his paintings around the world. Some of these were so ingenious and untraceable that they still hang in galleries today. De Hory settled in Ibiza in 1962 where he lived and painted in his villa La Falaise, built for him by the earnings Legros procured, and which contained a hidden studio. Legros was eventually exposed, causing outrage amongst the French elite who had unwittingly bought the counterfeit work, but it was hard to convict de Hory due to a lack of proof that he had committed any forgery on Spanish soil. The Spanish authorities became suspicious of him, however, and he was forced into a stint in the Ibicenco jail for homosexuality and liaising with criminals, after which he was outcasted from the island for a year.

But the conmen that Ibiza harboured were not limited to those specializing in the art world. In an unlikely turn of events that sometimes happen in a wonderful “you couldn’t make it up” sort of way, de Hory returned to Ibiza a year later only to befriend the well-known author, Ibiza resident and soon to be infamous, Clifford Irving. Irving described the island in the 1960’s as a “a wild place (…) where the watchword was “anything goes” (Brown, 2007). In 1968 Ivring wrote a best-selling biography on de Hory, although he admits that the veracity of this account can never be proved as de Hory had a way of spilling his insincerities over from his art and into the stories he told on his own life.

Seemingly inspired by his dalliances with de Hory, Irving decided to pull off a hoax of significant proportions himself. In 1971 he notoriously faked the biography of eccentric recluse Howard Hughes, including all of his correspondence and intimate (fictional) details of his life. The scam was laborious, involving a web of lies that even included Irvings’ wife who would bank the cheques made out to Hughes disguised in a wig and glasses. He weaved the material together whilst residing in Ibiza and was not caught for a long time despite extensive investigations and a lie-detector test.

The tale seems like one straight out of a Hollywood film, and it was only a matter of time before someone dug it up. The renowned film-directed Orson Wells was the man who ended up producing a stylised film/documentary based on de Hory’s life named F for Fake which was partly shot on the island, and evolved to include Irving’s story too as their relationship came to light. Welles proclaimed “I came to Ibiza in search of a forger and found myself surrounded by them on all sides” (Armstrong, 2005). Welles found a myriad of suspicious characters residing on the island at the time, ranging from crooks, to Nazi’s, to Jewish artists fleeing Nazi Germany. It was because of this that the island functioned strictly on a first name basis and everybody lived harmoniously in the understanding that you did not ask a man his second name or what he did for a living. Maybe it is not so unlikely then, that Irving and de Hory met in a location which represented such a melting pot of artists, bohemians and those who wanted to be somewhere not many came looking.

Eventually, as is the way of stories outside the Hollywood screen, the past did catch up with these two unlikely friends. Irving went to prison for two years for his fakery and de Hory, terrified of rumours that the Spanish authorities were about to extradite him to France, met his end via an overdose of sleeping pills in his villa. This remarkable life of deceit was satisfyingly carried over into his deathbed, which is located in Ibiza and marked by a gravestone that holds his fake name (he was originally born a much less flamboyant Elemer Hoffman) and a birth date that makes him 5 years younger than his actual age at the time of his death.

A curious legacy that de Hory left on the island, aside from a fantastic story, was that many of his “fake” painting became coveted by niche collectors, one of whom is our very own Pepe Roselló, more widely known as the owner of super-club Space. In fact, three years ago Mr Roselló hosted an exhibition of de Horys’ works at the Club Diario de Ibiza gallery to mark the 36th year anniversary of the artists’ death.

Real Ibiza - December 24, 2020 0
Marc De Groot is an Essex born Photographer and Videographer who first came to Ibiza on a family holiday in 1982, he returned again...

San Miguel on a budget

Real Ibiza - August 1, 2016 0
Ibiza town is steeped in history, from its architecture to its monuments and world heritage sites. But if you are tired of the same...