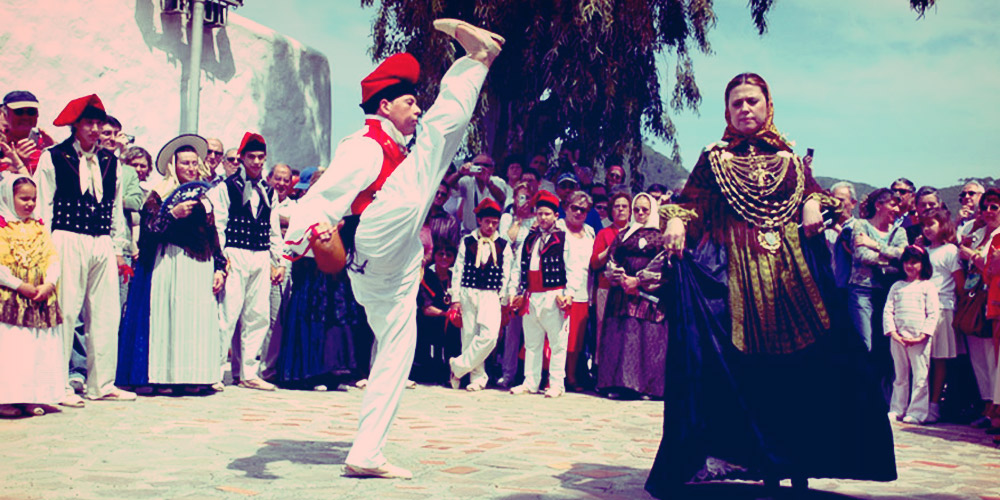 Collecting almonds and farm-work was a family affair in which everyone was expected to pull their weight. As though this wasn’t tough enough, the young women opted to work with their heads, arms and legs covered, no matter how hot it got. This madness was, essentially, all in the name of vanity and a desire to avoid getting a tan. Being pale was a sign of wealth, a logical consequence of not having to work on the land all day and, as peasant girls were not granted this luxury, the only way to achieve the desired look and status symbol was to cheat. Although no doubt this must have been incredibly uncomfortable, it was all worth it on Sundays when they went to church in short sleeves and with their faces uncovered and could stand side by side with the wealthier girls in town.

As a young woman, when you come of age you were allowed to court. This was no tinder date, however, more an awkward walk around your village with your auntie and every other pair of eyes around trailing you closely. For the prettier girls in town this could have been the original use for the sentence “beating them away with a stick” as the rules stated that men had to form a queue outside the house, and in turn the girl was obliged to court the first one who arrived without objections. The expression could have also originated on the boys side as, if it was seen that one gent in particular was hogging all the courting days, he was often chased away with sticks and stones by other frustrated suitors. For a girl, the only way of avoiding this ordeal was to become engaged, in which case you were no longer obliged to court. This itself was a long process as the Ibicencan mama’s wanted to make sure the local lad in question was genuine in his intentions. He had to gift not one, but 24 gold rings to his bride-to-be before they were considered officially engaged to each other. If he could not afford these rings he had to save up and gift them one by one over a period of time, in the space of which it was possible that the girl would be snapped up by another, more affluent, husband-to-be.

As most people could only procure their drinking water from the rain that was gathered in their wells, there were many of these dug every few stretches of land all over the island. These wells were public and open to everyone to come and collect their water. The locals wanted to show their gratitude for this source of life by celebrating each and every well with its very own fiesta day. On these days the islanders would gather around the well in question to drink, dance and make merry, but with so many wells about this built up to a significant amount of revelry and the sentence “any excuse for a piss-up” springs to mind. This particular tradition is having a bit of a revival these days, with many beginning to pay respects to their much-needed wells, although maybe not quite as vigorously as before. 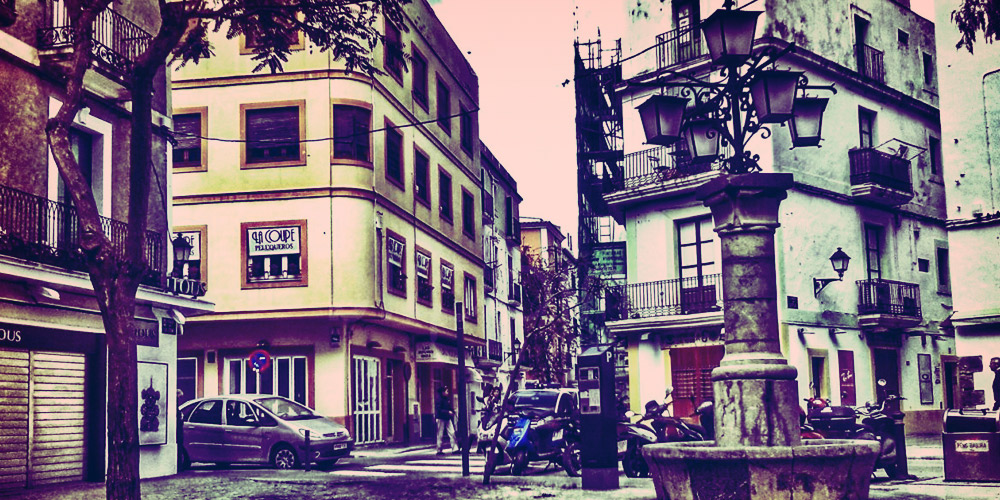 Originating from a time when food was scarce and everyone relied on their own crops and a little trading to get by, it’s no wonder a pig was a prized possession. Yearly Matanzas (or “Killings”) were a reason for celebration, where the prize pig had been fattened up all year in order to be slaughtered by the head of the family. This tradition is one that still occurs today and, although a slightly grizzly affair, you really could not get closer to how things “should” be when it comes to meat eating. The pig has the very definition of a free-range life, the killing is humane and done by those who are going to eat it, and literally every single part of the animal is used. Mostly the pig meat is made into Sobrasada and Butifarra sausages which can be hung up to dry and last the tough winter months. Whatever cannot be preserved is fried up in a big “freixura” and shared amongst the family that day, accompanied by local wine and bunyols (a type of doughnut). The process is highly hierarchical with the head of the family doing the killing, the wife cooking up the freixura, and the kids stuffing the sausages. I myself spent several years at the bottom rung of the process before being promoted to tying up the sausage ends. What was hilarious to me at the time was that my mum, as a potentially hazardous foreigner, still had to sit on the kiddy stools at the end and stuff the sausages with the little ones.

The story has it that a young payés (man of the land) once left Ibiza to go to Palma, then considered a large and exotic place beyond most people’s imagination. On his way there his new shoes caused him painful blisters, and he rolled one of his trouser legs up so as not to catch them. Upon arriving in Palma dressed in this way some local lads started making fun of the Ibicenco, forcing him into a physical fight which he ended up winning against all odds. This earned him the nickname of Es Verro, literally “The Brave”, and his image was carved into stone as the well-known “Shouting Man” statue in San Antonio. The reason he is shouting is because he is giving a cry known as “Uc” (a bit like yodelling) which sends out a challenge. The Uc was reserved for out-of-town calls as it was mainly a way of communicating across sparse areas but it became tradition, on nights when there was some drinking involved, for young men to go to different towns and send out this challenge in the form of song. This was done in the hope of fighting the locals and be named the new Es Verro of their village, gaining the right to walk around town with one noble trouser leg rolled up. 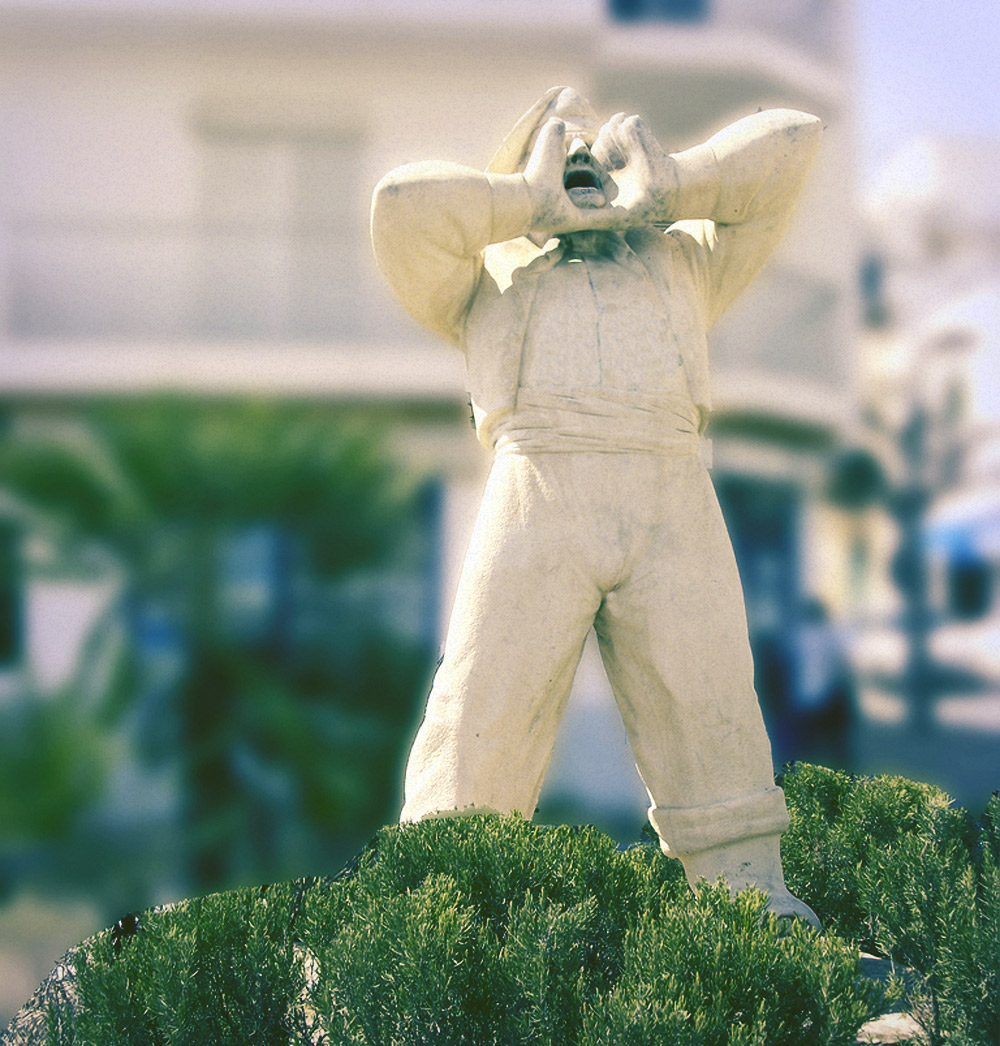 Real Ibiza - June 7, 2016 0
It is safe to say that there are few areas in Ibiza more infamous amongst locals and outsiders alike than San Antonio. What started...

Real Ibiza - September 1, 2016 0
Ibiza has a colourful history that stems beyond the rise of the modern-day tourist industry and the best way to get an insight into...