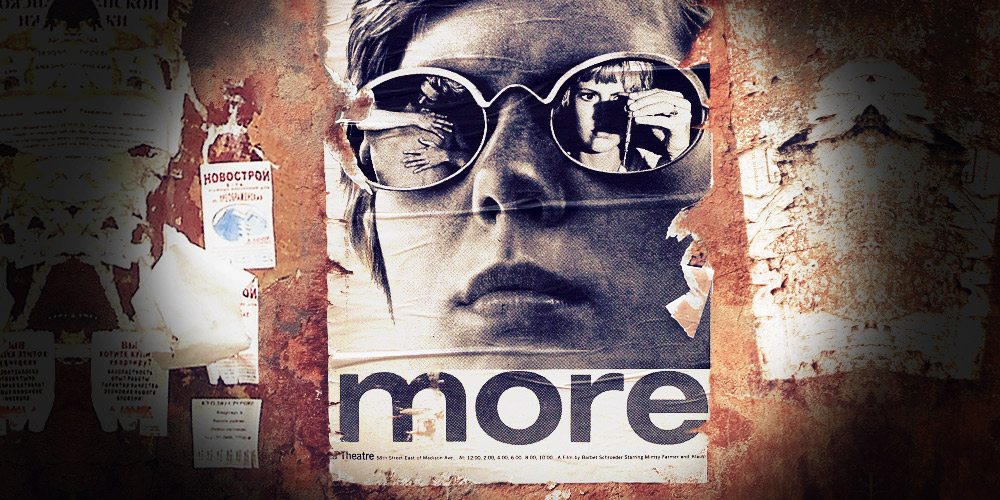 “More” is a 1969 cult film about Stefan, a young German man who comes to Ibiza with his girlfriend Estella only to fall too heavily into the hedonistic lifestyle and get hooked on heroin. He begins his film looking for freedom with the self prophesising sentence “I wanted to feel the sun, even if I got burnt”. As tends to be the case with these kinds of gritty films, he does indeed get burnt, meeting his sticky end through a heroin overdose in a tunnel in Dalt Villa. The charm of this film is that it is the first feature-length production ever to be shot on the island and its scenes give an insight into the unspoilt life and landscape of that time. Additionally, it shows a darker side to the ever-popular concept of the hippy era in Ibiza which has a Trainspotting-esque appeal to it.
What immediately struck me upon watching this film, aside from the questionable acting, were the similarities that it still holds to what a tourist might experience on the island today. It has awkward conversations in kitchens drinking a mix of whatever alcohol is left out of plastic cups, liberal day time drug taking with strange bearded men, stand-offish blonde girls and vague and rambling directions on how to get to a house party in the middle of the country. Similarly, I can imagine Stefan’s drug-induced cry of “LET’S GO OUT AND SMASH EVERYTHING” also being repeated at several different points across the island this summer. 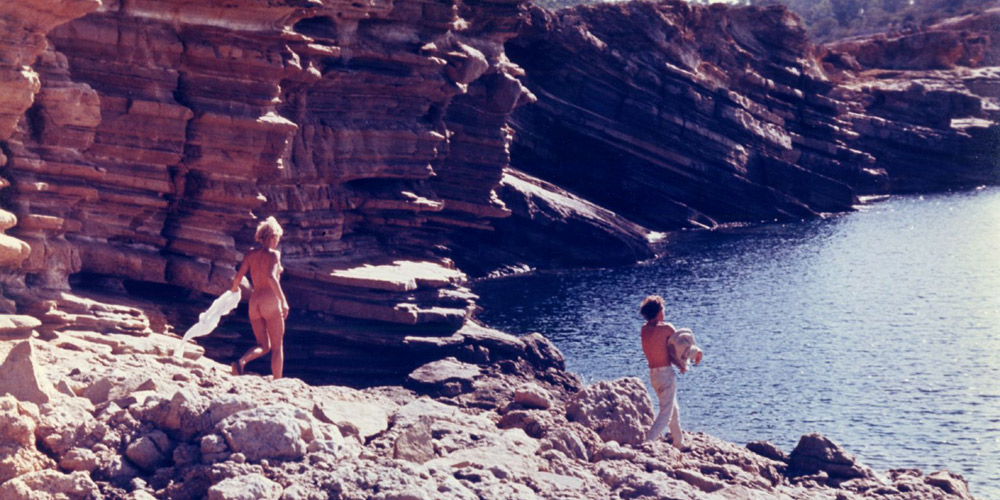 I guess what was different back then was that this influx of eccentric characters was a novelty to the locals, who greet them in the film with a mixture of confusion, interest and acceptance. What is missing, in my opinion, is a sense of what the islanders actually thought about the change in their world that began around this time. When Stefan first docks in Eivissa and walks through the harbour, there are still Ibicenco ladies in their traditional clothing and headdresses lining the port, yet at no point in the film does it address what these women might have thought about the young adults taking Purple Heart pills at their local tapas bar at lunchtime.
After the protagonists experiment with LSD they get a taxi into the country, which they promptly exit flapping their arms like wings. What did the taxi driver go home and tell his wife that night? I imagine he saw them in an equally bemused, although maybe less cynical, way as the modern-day taxi drivers who drops spaced-out tourists to their club of choice. Intrigued to hear the other side of the era in which this film was shot I decided to ask the opinion of someone who was around to witness it first-hand.
Born and bred San Antonio resident Juan Ribas Ribas was 22 years old at the time the film was shot, and he owned a bar that was opened for tourists and locals alike. He explains that there were a few foreigners living in San Antonio at the time and they were welcomed without hostility. “We were all friends” he adds, “it felt more like a family, the tourists wanted to join the locals. Nowadays it’s completely the opposite – most of them when they go back don’t even know what part of the island they were on.”
When asked about the film and the impact that these foreigners might have had on the locals, Juan explains “There was a peace and tranquillity on the island that attracted these people who came to live here and be free, but that didn’t represent real life in Ibiza. They were a minority and, being a small island that has been invaded many times, the residents didn’t take much notice of small minorities, which left them free to do things that they may not have been allowed to do in their own countries.”

According to the film these “things” tended to be sex and drugs, and I was curious if this liberal attitude spread to the locals too. Juan shakes his head, “The drug taking was a foreigners’ thing. A very high percentage of locals back then were Ibicencos and they had tough jobs working their land and farms. They didn’t have time for drugs. They had more interest in working hard and going out to buy themselves an apartment. I ran my bar to save money to go travelling. Ibicencos didn’t even get invited to the kinds of parties you see in the film…maybe there was one or two hippy Ibicencos but it wasn’t the norm. I didn’t feel identified by the film. Heroin and all this was very unusual. Cocaine didn’t exist. You could get joints and some LSD but that was about it. A normal local night out would involve going to some specific bars that played the right kind of music, smoke a few joints, hope the police wouldn’t catch us, and go home.”
I believe it is fair to say, however, that the influx of these open-minded, exotic girls to the island was somewhat of a revelation to young Ibicenco men who were used to a strict Catholic upbringing. This was very much agreed with: “If you go out with an Ibicenco girl, it was to get married. But you could go out with a tourist just for a week, and then a different one another week”.
Finally, I asked what he feels the general impression that the foreign travellers in the film might have given a local as they saw them running naked through the countryside. He thinks for a moment. “They wouldn’t have thought it was good or bad. I don’t think they would have judged them. They probably just would have thought they were silly. Just…look at those silly people”.

WHAT IS SAVE IBIZA?

Real Ibiza - July 25, 2017 0
The following is from a recently published article in DUB magazine, a publication that has long championed an alternative insiders view of Ibiza with...

Balearic Bob - October 23, 2021 0
The Ibiza Light Festival make their long anticipated return for this, their 5th edition. From Friday 22 to Saturday 23 October they will be...