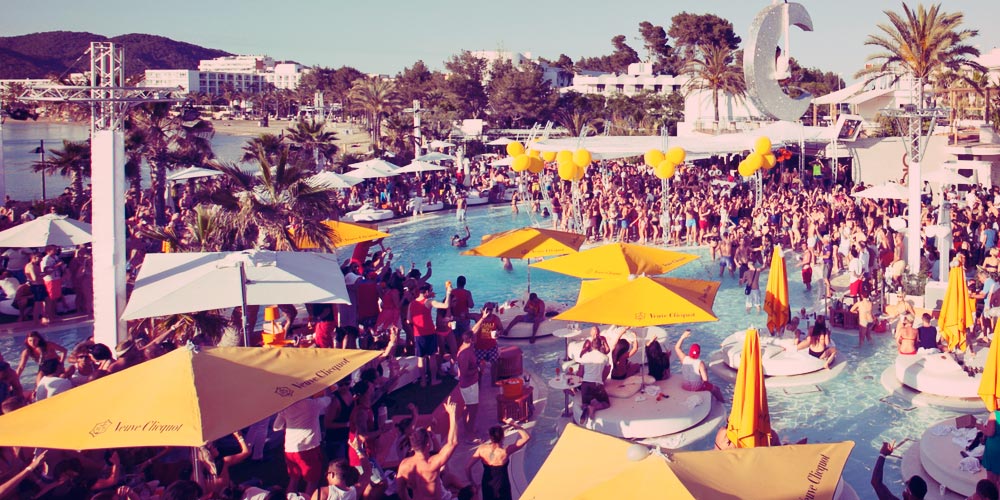 The music scene in Ibiza is one of the main attractions that brings partygoers and artists to the island, having hosted some of the best internationally renowned DJs every summer. Whilst many associate a break in the Balearics with soundtracks to every sunset and deep house over lunch, the local council in San Antonio has raised the concern that this trend is going too far. Noise levels have long been afflicting the locals and the loud speakers and deep base that come from open-air venues plague the residents of the island day and night, leaving no space for the peace and tranquillity we all need somewhere in our daily lives. Basically, whilst it is all well and good to leave your eardrums vibrating at a rave at 3am, not everyone is so keen on it when they are trying to have a lie in on a Sunday, or a relaxed family meal. Because of this, local councillors had a meeting last week to discuss the motion that there should be a ban on any new beach clubs or open-air venues being built in the municipality. This was passed unanimously and further actions will be defined by the Ibiza’s central governing body in the near future, who will decide whether to impose the new law or otherwise. As the Diario de Ibiza reports, should this legislation be put into place it will mean a restriction on the construction of any “new residential facilities with secondary musical activity and new open-air establishments with musical activity, known as beach clubs”. This means that San Antonio may end up following in the footsteps of Santa Eulalia, a calmer area of the island which enforced their own open-air ban in 2003 and have enjoyed less background beats ever since. The decision will divide opinions either way, with many residents desperate to regain the peace and quiet on their beaches, terraces and natural environments, whilst others remain concerned about the impact this could have on the tourist industry. The impact of the new law cannot be predicted should it come to pass, but what is clear is that Ibiza is an island with limited resources and a limited ability to expand, therefore it may take a series of new amendments such as these to help sustain the already struggling system.

The End of Lawless Leisure by Andy McKay

Real Ibiza - December 16, 2020 0
After a financially paralyzed year for most of Ibiza’s hospitality and entertainment sector, the Covid vaccine is finally being implemented and the future is...

San Antonio on a budget

Balearic Bob - October 23, 2021 0
The Ibiza Light Festival make their long anticipated return for this, their 5th edition. From Friday 22 to Saturday 23 October they will be...