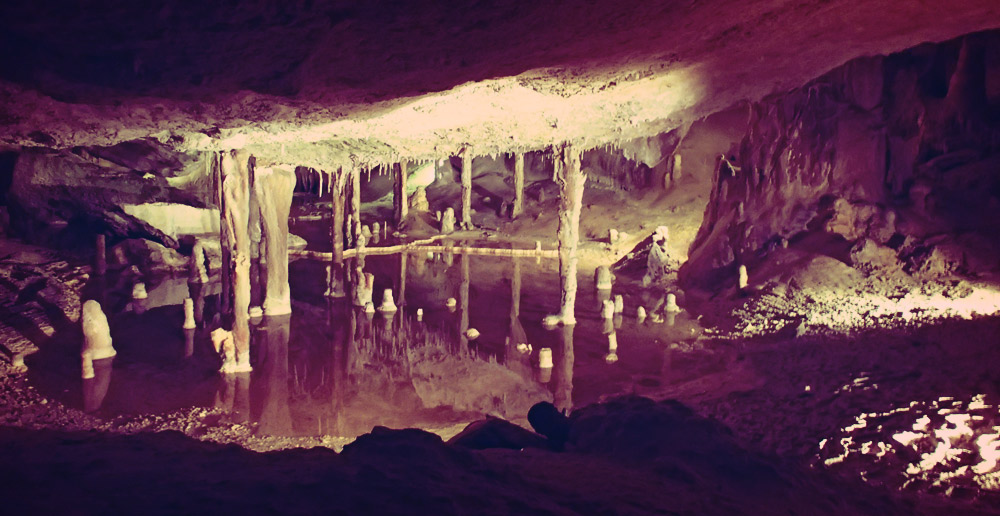 Many people who come to party in Ibiza often go home looking and feeling like they have crawled out from a cave. Bearing this in mind why not switch things up and go for the healthier option of actually visiting some of the fascinating hidden caves that dot the island. Each one is steeped in its own history and mysticism which may leave you with a longer-lasting impression than some of the other dark, enclosed places the island has to offer.

Located in Cala San Vicente, this cave was originally used by the Carthaginians as a sacrificial temple for the goddess Tanit. This was kind of a big deal as Tanit is one of the most important deities in Carthaginian mythology, representing many facets of life including fertility, love and death. Legend has it that when the Carthaginian boats arrived to Ibiza it was in a treacherous red rain-storm that painted the landing coves red. This rain caused by the red earth on the island reminded the Carthaginians of the blood sacrifices offered to Tanit in their culture, and therefore took her to be the reigning deity of the island (a belief held by many to this day). It is rumoured that when all was not well on the island the cave was even known to host a few human sacrifices if goats and pigs were no longer cutting the mustard. Re-discovered in 1907 and adopted by the hippy movement on the island in the 70’s, the cave is open to the public who now leave less bloodthirsty offerings to the goddess in return for her blessing.

Many have heard about Es Vedra and its magical properties, but go to the viewing platform and you also get the double whammy of being close to two awesome caves. The first can be found to the left hand side of the viewing platform beneath the cliff’s edge, and decorated
by years of belongings left by visitors in the hope of attracting some good luck. There is normally a contribution bowl inside, so if you visit make sure you leave a few coins for those who maintain it. To find the second cave you must first descend the slightly precarious path nearby down to the old mining quarry known as Atlantis. Once here you will be able to find a cave said to belong to a witch who bestowed Es Vedra with its magical powers. It is decorated with a drawing of the God Shiva as well as other images carved into the rock face, and many have claimed to have spiritual experiences here.

Another must-see cave of the island is found in a less mystical location: near the car park of well-know restaurant Sa Capella. Although you might not get the same magical feeling crunching over gravel as you do scrambling through forests and cliff edges to reach it, the story that ties the cave of Santa Ines to its location is unique. According to folklore a boat sailing near the island in the 1300’s, carrying a precious statue of Santa Ines, got caught in a terrible storm and the sailors aboard vowed that if they reached land safely they would gift it to the port that received them. The sailors got lucky and the statue was placed in a cave in San Antonio where many went to worship her. Some, however, believed the statue deserved a grander home and built a church nearby and reallocated her. After this, unusual activities begun to occur, with Santa Ines disappearing regularly and turning up back at her cave again. Eventually this was taken as a sign that she was happy where she was (or, to a more cynical eye, that the owner of the cave was happy where she was) and the church was never consecrated. The cave remains where it is to this day and the church was converted into the fine-dining experience that is Sa Capella. 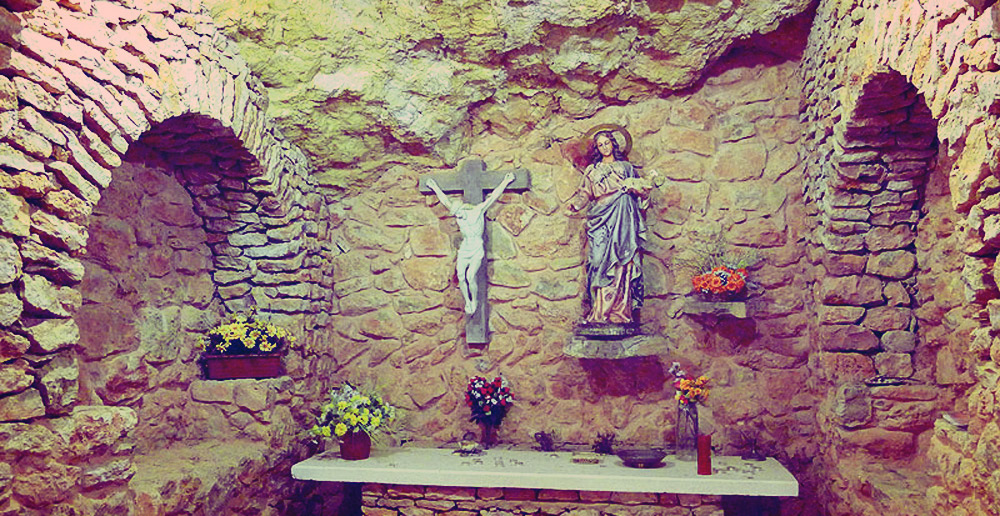 Last but not least, we have the Can Marca Caves, easily found in Puerto San Miguel. Known to have been discovered by smugglers who used it to hide their contraband, it is still possible to see the red or black paint marks signposting another way out in case of flight or emergency.
The road drive to northern Ibiza, where the Can Marca caves are located, travels through some of the most traditional parts of the Ibicenco countryside. Small villages like San Mateu, San Juan, San Carlos and San Lorenc, can all be visited en route, stopping off at a local countryside restaurant on the way for some lunch or dinner. Visitors also get to see the magnificent views out to sea from openings hewn into the cliff side; definitely worth a visit.

Portinatx on a Budget

Real Ibiza - August 26, 2016 0
Mission: A day out in Ibiza for 20€ Location: Portinatx 10am: The coast of Portinatx is home to three stunning coves as well as some gorgeous...

Balearic Bob - May 11, 2021 0
NuNorthern Soul and artist Helen Sadler are collaborating on a new visual project to accompany the label’s releases this summer, Hints of Ibiza.    ...