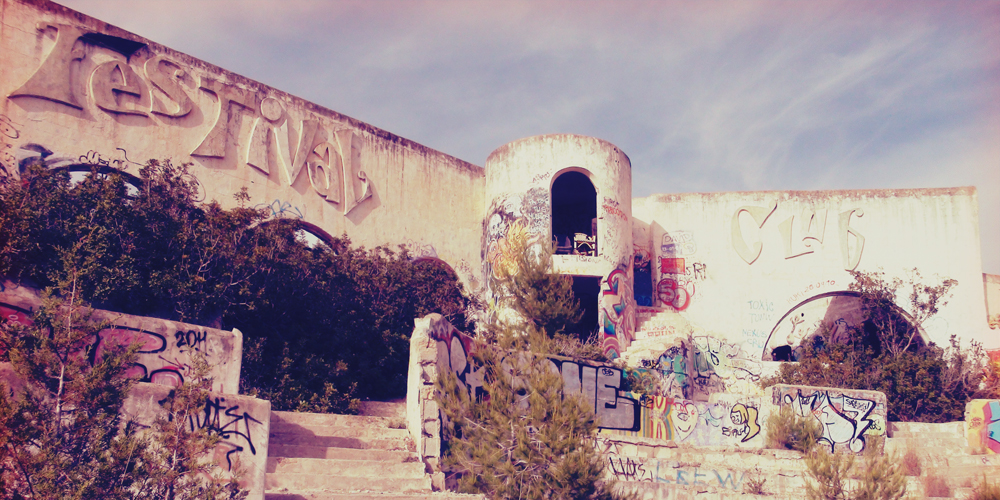 The history of Ibiza fascinates me every with day I learn about it, living amongst it, soaking up the stories of the local people and residents and constantly making new discoveries. From artwork in unknown places to random old record finds and music memorabilia, the wealth of history in Dalt Vila or the magic of Atlantis, there’s so many breathtaking stories buried deep in the wrinkles of this island. Maybe I’m just nosey but I literally can’t settle until I find out more when something fascinating has found me, I’m compelled to hear their story.

Being a self-confessed beat junkie, the history of the Ibiza music world and forgotten fiestas is one that’s really captured me and will most likely never let me go from its grasp. It has one of the most fascinating histories of music and party culture in the world. And when I first moved over to Ibiza, I had no idea just what history lay hidden. The aftermath of the evolution of dance music from the very beginning.

It was a local lady I befriended who sparked my fascination with discovering more.  As rare as it can be anyway to meet an Ibicencan who’s lived here their whole life, this wee lady loved to tell me her stories as much as I loved to listen. And it wasn’t until one day I questioned something I kept seeing on my way past every day that brought all this to life. I lived in Ibiza town and kept passing what looked like a historic sports coliseum in Can Bufi on the road from San Rafel to the town of Eivissa. Upon telling my local pal about what I’d spied, her dark eyes lit up and a story unfolded. It was in fact an old abandoned club called Glory’s Disco – first opened way back in the early 1960s as a horse and greyhound racing track and then Glory’s took it’s place as a dancing venue in the mid 70s – one of the first discos to open on the island and a dancefloor that people talk about with utter glee! I was captivated.

I went there to explore since I’d heard what this ruin actually was and literally had to climb through a hole in the wall because it had all been closed off. I was on this crumbling dancefloor that once was Glory’s Disco with what had been a pool over in one corner, some steps up to a terrace area and artwork still on the walls. Once again my wee brain was going at 1000 miles an hour and the investigation was on. Through chatting to as many people as I could, between talking to long time residents and seasoned party veterans, I heard many different stories about Glory’s, some are just amazing.

I met a lady who remembers going there with her nan who was a cleaner at the Disco to help her every Monday morning after hundreds of people would gather at Glory’s on Sunday afternoons for dancing, poolside socialising and people watching from the terrace. It was the place to be on a Sunday afternoon in 1975. I was told by another lady who moved here in the early 80s that she had two friends who had met in Glory’s in its heyday and danced at the disco every Sunday together – who finally years later had come back to get married in the grounds. I’ve been led to believe it was an art exhibition on Saturdays which changed to a dancefloor on Sundays for the likes of Dire Straits, David Bowie, the Bee Gees, Peter Frampton & more and that once the party had started no one was going ANYWHERE until the very last note had been played…

A more recognised name yet one that’s stories seem to have been abandoned along with the venue itself is Festival Club.  Lying on the adjacent peak to Sa Talia in the heart of San Josep lies the remains of the Festival Club. Nature has reclaimed the abandoned venue that lies high in the hills . The venue was built over a hard three years when tourism boomed and holiday makers & partiers came in their flocks to Ibiza and were happy to be bussed around on tours round the island.

Standing in the huge monument of mystery, my imagination catapulted me back in time to when this place was buzzing with people, music floating into the air of the hills surrounding and the view across Ibiza taking your breath away. The immense architecture boasts an amphitheatre area with a bull-ring and huge bandstand stage, dressing rooms underneath and even with tables looking onto the stage for the winers and diners a few quirky bar spaces round the edges. What was once used by bands and performers, a Spanish bull fighter and hundreds of revellers is now a playground for street artists and a graveyard for old cars.

Being the natural investigator that I am when things charm me, I’ve tried hunting down anyone who ever partied there, or remembers what it was like when it was in its heyday. I’ve met someone who remembers that it was mostly cabaret shows and big performances and that it closed just two years after opening. Another party veteran told me that it was in fact a mock bull-ring and that it was usually a baby cow or  bull and a young Spaniard with a horn-type contraption play fighting the animal while the diners cheered them on or the partiers danced the night away.  It is rumoured that the abandoned venue was taken over by clandestine raves in the 80s and 90s.

The closest I’ve got to seeing what Festival Club was actually really like was when I was approached by an Ibiza resident who saw a photo taken while I spent my time there. He had found a photo in his villa and had no idea who the people in the photo were but felt he had to contact me because the photo was uncanny in comparison to the one I had taken – there are 3 people in the photo, stood in the exact position that I was when I took the photo. It’s the same angle and exactly the same image, only 40 years apart!

These few tiny facts have really catapulted me into wanting to find out more about the ‘forgotten fiestas’ of Ibiza – there are so many I’ve heard about and am yet to see! I’d love to chat to any more people who had anything to do with any era! The 1960s – the creative movement, 1970s – the glamour decade and the 1980s and 1990s – the rave explosion years have all captured my imagination and the clubs and Ibiza parties that I know of are: Festival Club, Glory’s Disco, Lola’s, Heaven (originally called Charly Max), Amphora, Angles club in Ibiza Harbor (at its peak in 1986, the year I was born) and Toro Mar.

If you visited these places in their day I’d love to find out more, if you have pictures or stories then please get in touch. info@save-ibiza.com

Real Ibiza - June 16, 2016 0
Many people who come to party in Ibiza often go home looking and feeling like they have crawled out from a cave. Bearing this...

Interview with Chris from Casita Verde

Real Ibiza - September 5, 2016 0
The music scene in Ibiza is one of the main attractions that brings partygoers and artists to the island, having hosted some of the...